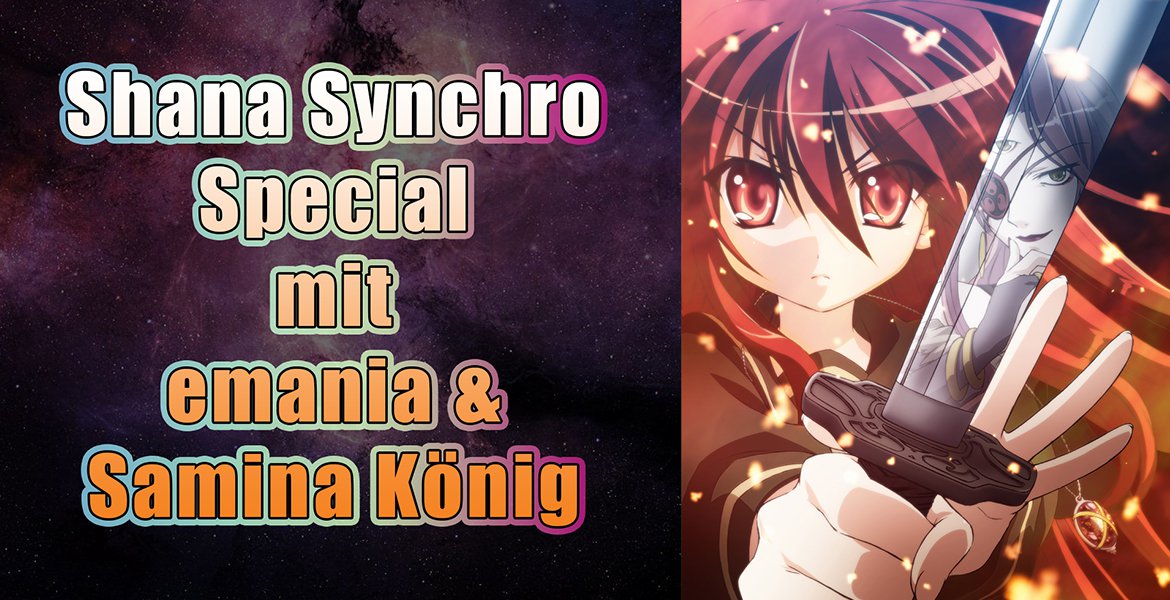 Together we will dive into the fantasy world of Shakugan no Shana. Look forward to a fun watch party with Samina König, the German voice of Shana, from around 5pm on her Twitch channel Selphy and the Q&A panel with her and the founder of emania ANIME afterwards in the main stream of Anime Messe Digital.

A heartbeat that stops eternity.... People burning without a sound. No one notices how the world is torn from its balance and covered with the flames of the Guze. Shaut together with Samina König the German voice of Shana from around 5pm on her Twitch channel Selphy the first episodes of Shakugan no Shana in German.

Following the Watch Party, there will be a Q&A with the founder of emania ANIME & Samina König as part of the Anime Messe Digital. Together we will talk about the cult anime and the long road the title had to take to finally be released in German.

Shakugan no Shana - The Movie - Sunday from 7pm.

If you can't get enough of Shana then, you'll have the chance to watch the German subtitled version of the film in advance on Sunday. We will show you the complete film in the Anime Messe Digital stream. By the way, you don't need to have seen the series to watch the film, but we are sure that you will definitely love Shana afterwards ;) So don't miss out!